“The most important quality for an investor is temperament, not intellect.” 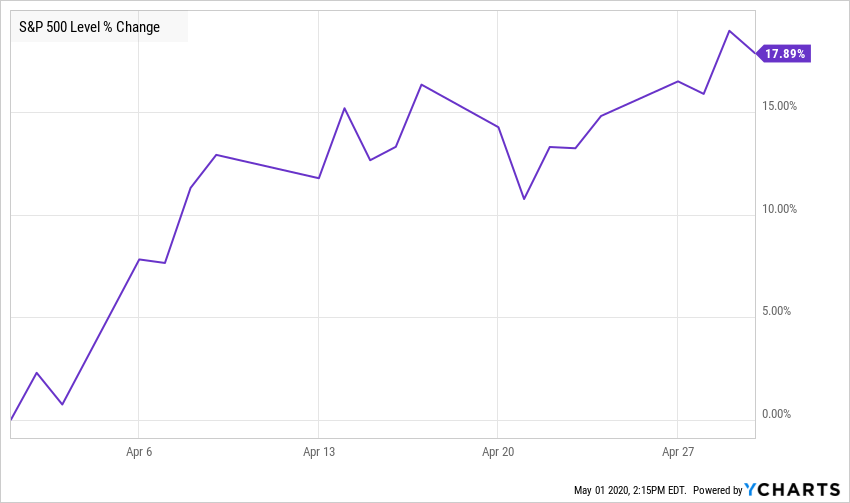 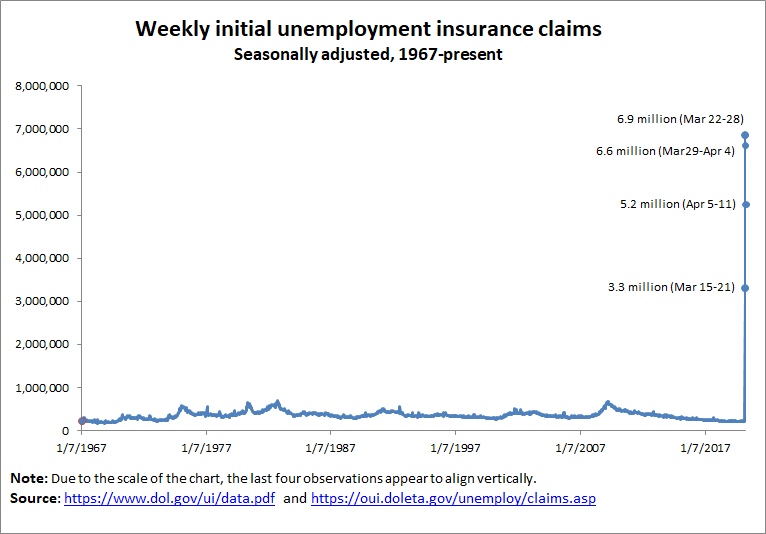 What’s amazing about this is not just that the market rallied, it’s how it rallied. On the day we received the first big jobless claim number, the S&P 500 gained 6%! On the following week’s release it gained 2.3%, and a week later it gained 1.4%.  Not to mention, oil futures actually traded into negative territory for the first time in history!

A couple of days ago, the worst GDP number since the Great Financial Crisis was released, and what happened?  The S&P 500 gained 2.7%.

Its easy to look at the headlines at the time and be confused about what you're seeing, right?

We have to remind ourselves that stocks are forward looking.  Stocks tend to trade around anticipation of future events, not always trading on the events right in front of us.  We’re looking at today, the market is looking into the future. That doesn’t mean it always gets it right, but that’s why it feels like it always gets it wrong.

Stocks didn't rally throughout the month of April because of all terrible numbers that we finally received. Stocks fell in the month of March in anticipation of them. What we've experienced over the last month is the market rising in anticipation of recovery, that maybe the worst of the numbers are being realized, and maybe we're going to move past them now.

In the worst of the storm, when the worst of the damage appears to be happening, it’s common for investors to wonder what the catalyst will be for the selling to end. Sometimes the reason the market stops falling is because nobody ever sees it ending.  Its the moment of being "the darkest before the dawn."

Be that as it may, its still hard to make sense of the market we've seen.  However, I always goes back to the fact that we cannot predict how markets will behave.  The best thing we can do is continue to stick to our plan, stay invested, remain diversified, rebalance and continue to make contributions.  History has proven markets will recover, it just takes time and patience.  Attempting to time is hardly ever successful, or a good plan.  As you can see, returns are meaningfully reduced by missing out on some of the very best days - and typically, those very best days occur around some of the worst. 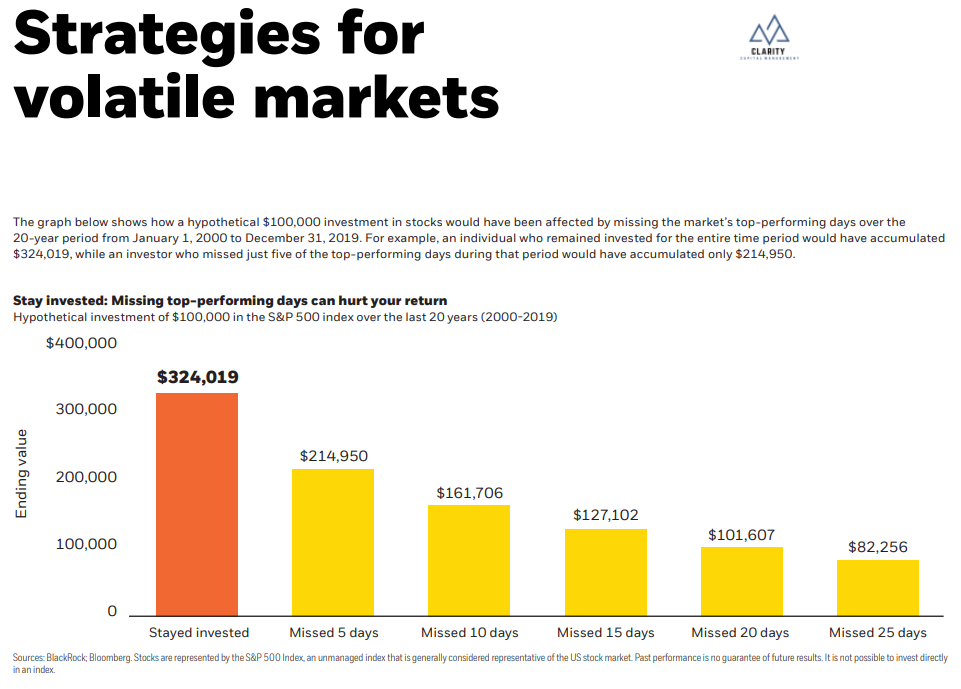 Now, onto the links below.  Stay healthy, and stay sane everyone!

A Glut of Oil - The Crisis Nobody Saw Coming

A very interesting episode of "The Daily" - A podcast Episode by the New York Times.  I encourage you to have a listen!

Something weird happened last week. It was something that millions of people who have faced years of painful prices at the gas pump never expected: The cost of a barrel of oil dropped into the negatives. This episode discusses why this happened, the history around the oil markets and what it reveals about the state of the economy.

Rushing To Refinance Your Mortgage: 6 Tips and What to Avoid

When mortgage rates fall to record lows, as they have in recent weeks, homeowners who see a chance to save some money race to refinance. Just be sure you don’t get stuck at the end of the line.

Some Good News With John Krasinski - All Episodes

SGN is the smile you need today!  A list of all current episodes

Check The Status of You Stimulus Payment